Hello heartbreakers! I am back with a special request. Halloween has always been my favorite holiday of the year. Well, aside from my birthday. Anywho, I always end up beginning my preparation months in advance and have even ordered multiple costumes at a time simply because I couldn't make up my mind on which one was the best option. Well, this year I am in a time crunch and can't make up my mind once again. I refuse to buy multiple costumes, so I am relying on you guys to help a sister out. Take a look at the choices below, and leave your vote in the comment section of this post. I would like to get things ordered no later than Monday the 17th to ensure that it arrives in time. I might have to order sooner if the items are coming from China or somewhere else outside of the country. With that said, lets get to the costumes. Oh, and thanks for your help.

Costumes that can be bought locally/in the US:

1.) The Joker from "The Dark Night" movie:
I actually decided last year that I wanted  to do this costume after watching fellow Youtber MsVaugn's Halloween costume. She was the joker last year and it was fierce! Her kinks and curls were spray painted green and the outfit was too cute! She put her costume together herself by using items from various stores. Here's a video of her "Joker" costume.

I would wear it with cute sexy makeup. I am debating doing something like Nitraab's makeup or maybe actually painting my face white and going with a more kitty-like appearance like the person in the picture below.

Either way, I think I would look hot. Why??? Because I would be wearing them with a pair hot pink and black leopard print 5 1/2 inch heel stilettos that I just bought. I got these awesome shoes from amiclubwear.com last month for $18.99. They are definitely smexayyyyy! 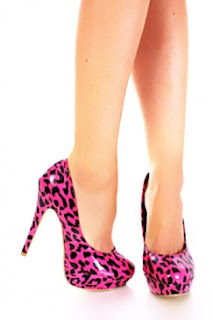 Her "Single Ladies" video was a hit. I've seen many people put on a black unitard and parade around as Beyonce. But I have never seen a pregnant beyonce Halloween costume. I think it would be hilarious to get a black unitard and wear a fake belly bump.

This isn't really one of my favorite options, but it can be found locally at party city. I like it, but then then there is something about it that bothers me. I think it is because it is kinda sexy...kinda scary...but not really enough of either. What do you guys think??

Costumes that CANNOT be bought in the US:

This is who I reallllly wanted to be this year! Now that hubby and I watch Anime together, I thought it would be cute if I went as Yoruichi and hubby went as Urahara. He looks like Urahara, and I look like Yoruichi, so it would be perfect! I have spent several hours looking into ordering the costume, but everything is sold outside of the USA, so ordering now would be a complete gamble! Some places have said they could get it here in time, but it would be cutting it close. 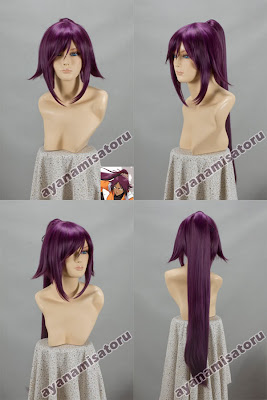 Yoruichi and Urahara are love interests on the show, so it would be a great couple's costume idea for us! 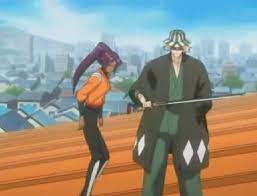